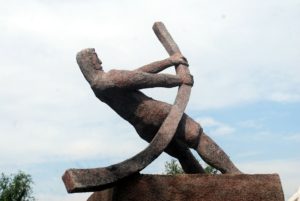 In these times of unprecedented change we oscillate between making sense of the here and now and considering new possibilities for change. For those of us in Christchurch, Ōtautahi we have experienced nearly a decade of these oscillations, with earthquakes, fires, the mosque terror attack and now a pandemic. We have moved from crises that are localised to those that impact us on the global stage. There is no ‘new normal’. If the definition if normal is “conforming to a standard; usual, typical, or expected” then its time is over. This is the time of complexity, of emergence and of increased uncertainty.  As we move through levels of pandemic alert we can be sure that the world has changed irreversibly. How can we lead in these times in ways that are adaptive and consider the interconnected nature and needs of our planet?

My reflections have drawn me back to the seminal work of Donella Meadows, and her work on systems, self organisation and collective intelligence. In 1997 she proposed 12 leverage points to consider when moving to change a system. She described the list a being “tentative and its order is slithery” not a checklist for leadership success or a ‘how to’ list that we should all follow. The following 12 points and quotes are taken from Meadow’s work, as referenced at the bottom of this post.

Leverage points are the points within an organisation, city or ecosystem where a small shift can lead to a much bigger change. “Leverage points are points of power.” This idea relates to complex systems and is not a definitive list or recipe or generalisable method.  I have been pondering this in terms of exploring the ways in which we might support systems change in these times of global upheaval. What are the opportunities?

The greatest lever is in staying flexible  and realising that no paradigm is true, including our own! This is the space of deliberately entering the zone of not knowing. This aligns well with the work on the emerging future developed through the work of Otto Scharmer and the MIT Presencing Institute research on Theory U.

This is the space of deep personal awareness, consideration of blind spots, moving from accepting ‘not knowing’ and of exploring other world views. It is not greatly prized or modelled by many of our global leaders but each of us has the power to grow our thinking and to step into the unknown. Consider the following quote:

To explore this idea in more detail you might like to read the following blogpost by Dr Ann Milne. She provides a clear worldview of the ways in which the current virtual curriculum supports ‘White spaces’ that are not safe for all.   Check out Ann’s post on Colouring in Your Virtual White Spaces  and if you think this is just about schools go back to the first paragraph of Lever 1 and consider the values and priorities that lead to your assumptions.

These are the unstated mindsets or paradigms out of which the system arises. This lever focuses on the deepest set of beliefs about how a society or world works. They often go unstated because everyone understands them. How do we move beyond the limits of our current mindsets?

Consider the difference between a river as an inanimate resource to be owned and used compared to a river being seen as living entity. These two different paradigms result in completely different actions and the enactment of other levers and this makes them exceptionally hard to resist.

Meadows suggests three ways in which you can change paradigms:

You don’t waste time with reactionaries; rather you work with active change agents and with the vast middle ground of people who are open-minded.

An example of an active change agent in this space is Eruera Tarena and the work of Tokona te Raki, the Māori Futures Collective.

Who are your active change agents? How are they influencing your leadership and your ability to speak with assurance about the new paradigm?

Lever 3 – Goals of the System

The goal set determines the way in which the system responds and hence is a critically important lever. Check out this post from Yuval Noah Harari where he outlines alternative goals and the stark reality of how this affects our post-corona virus future:

In this time of crisis, we face two particularly important choices. The first is between totalitarian surveillance and citizen empowerment. The second is between nationalist isolation and global solidarity.

What goals are you establishing as leader? What will be the consequences of these goals in terms of both intended and unintended consequences?

This lever provides the  power to add, change, evolve, or self organise system structure. “The ability to self-organise is the strongest form of system resilience. A system that can evolve can survive almost any change, by changing itself.” This starts to become really critical.

Insistence on a single culture shuts down learning. Cuts back resilience.

If we shy away from experimentation and innovation then survival is less likely for our organisations, our societies and ultimately our planet.

How does your leadership encourage diverse thinking and enable new ideas to be activated? What are the systems to make this explicit and celebrated?

Lever 5 – rules of the system

The rules of the system define its scope, its boundaries, its degrees of freedom.

These may be more formal rules such as the law or a constitution, or they may be weaker rules such as incentives and informal social agreements. I am wondering what the opportunities are for us to change the 20th century rules of economics, to consider models that will help us move forward in a sustainable way. Consider this video where Kate Raworth describes the Doughnut Economy. Is it time for a rule reset?

Who has the power over rules in your organisation and how do these manifest? If there are malfunctions how might these be addressed?

This results in a new loop, “delivering information to a place where it wasn’t going before and therefore causing people to behave differently.” One of the new loops in the New Zealand COVID19 communication has been the daily update from the Prime Minister and the Director-General of Health. This has quickly become the nation’s reference point, providing reliable, clear messaging that has helped the NZ public to commit to action during our rāhui, or lockdown.

What information flow could be added in your organisation to support behaviour change?

How do you identify positive feedback loops? What checks are in place to ensure they do not create inequities in the system?

What are the examples of negative feedback loops in your organisation?

This lever explores the effect of delays in feedback loops . If you receive feedback too slowly regarding the state of the system you are more likely to overshoot or undershoot. The same thing happens if you get the information on time but you don’t act on it in a timely fashion.

A system can’t respond to short-term changes when it has long-term delays.

Delays that are too short lead to over reaction, chasing your tail. If the delays are too long the system may disintegrate to a stage of chaos.

How does feedback exhibit itself in your organisation? Do you allow enough time? Do you act on it? Do people know the outcomes?

This relates to the ways in which a physical structure can interfere with the ability to make change.  Good design in the first place is preferable because retrofitting is difficult. The only way to fix a system that is laid out the wrong way if the rebuild it – but that is really hard! What you can do is understand the limitations of the structure and where the bottlenecks are, enabling you to minimise bottlenecks.

Have you identified the bottlenecks in your systems? Have you acted to minimise them?

Buffers are an example of a large stabilising stocks relevant to their flows. If the buffer is too big then the system becomes inflexible and will be too slow to react. Buffers are often physical entities where size is critical and can’t be changed too easily.

How does the physical environment in your organisation make change more difficult? How might space be used differently to enable change?

This lever is more about re-arranging the deckchairs on the Titanic.  You may make some changes but they are still within the same system within the same rules and using the same information. These can often be held as sacred cows and highly defended by the status quo, often those who are most privileged within the current system. While change can happen at this level it is unlikely to change behaviour.

For example, schools that are replicating their timetables in a virtual space are making limited change. While this may give ‘comfort’ to some it will not lead to change once schools return to a physical space. While recognising that this is what some would prefer it is not survivable in the long term. Check out this article that explains how some universities are rearranging deckchairs…

Why, when we are asking healthcare workers, food and medicine suppliers, teachers and other key workers to adjust to the short and longer term crises we are facing, are we so determined to carry on as if the world in which we drafted our syllabi and exams is the same one when we begin marking, as if we could carry on working just as before?

…while others are changing their  constants, parameters and numbers to lead the reimagining of universities.

Just changed the deckchairs? At least you recognise it….

I am interested to know your thoughts. In particular though I would love your feedback on the first three levers and how you, your organisations, schools, communities and families are embracing the possibilities in ways that you may not have considered prior to the COVID19 pandemic.

I will leave you with the final words of Donella Meadows:

In the end, it seems that power has less to do with pushing leverage points than it does with strategically, profoundly, madly letting go.

For those of you wanting to explore Donella’s article in more detail here is the link: Leverage Points: Places to Intervene in a System 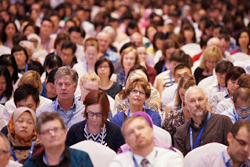 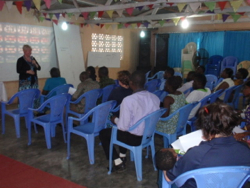 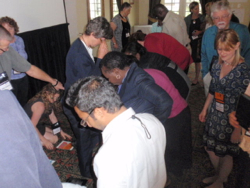 “As a result of attending Cheryl’s workshop, we abandoned our latest staff meeting agenda and redesigned our future instead! ”

“I found Cheryl’s session to be inspiring, fun & thought provoking.”

“Thanks to Cheryl, she is a special lady that connects so well with everyone and has so much value to give to so many.”

“One day of your collaboration workshop has fixed 2 years of conflict. It has already opened the door to one of my department’s biggest constraints, thanks Cheryl”.

I really enjoyed working with Cheryl because she guides and prompts and nudges people to do great thinking, without their thinking being hers.